Soulmates; Do You Believe in Fate? 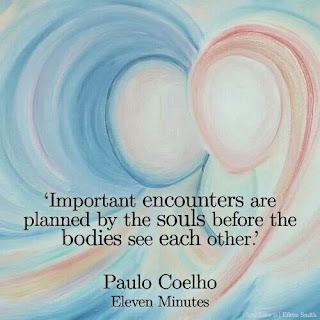 A few weeks ago, I was staying up late and having a stimulating conversation with my dear friend America, and she asked me, "Do you believe in fate?"

She went on to tell me about a person in her life who she felt very connected to, and this connection was quite unexpected for her. One of her nicknames had matched this person's last name, and all of the dots were connected. A strong bond between her and this person emerged and her life has changed ever since, for the better.

To answer her, I referred to my sweetheart, Satchel, and told her:

"Well, I don't know. Look at me and my boyfriend: We're both mixed. We're both Aries. We're both studying Psychology and going into Therapy. We're both avid Writers. You tell me what that means."

Before meeting Satchel, I had been reluctantly single for 6 years, and desperately looking for "the one." (as you might know from reading my previous blog posts) I had periods of time where I gave up looking and became somewhat content being by myself and other episodes where I felt so unwanted, unloved, unappreciated, and doomed to be forever alone, that I went hysterically searching only to find disappointment, rejection, heartbreak, and several slaps in the face by reality.

Like my friend Jennifer understands, I genuinely thought that I might never find anyone to spend my life with because of my struggles, experiences, and upbringing. I thought I was damaged goods, high maintenance, broken, unattractive, and damned to live my life on my own, not relying on anyone else, individually, and independently.

But now, the wait is over, and I don't have to look any more. The curse has been broken. The plague of loneliness is cured and gone!

I met Satchel on the dating site, OkCupid. As I've said before in my post specifically about my experience with dating sites/apps (which you can read here: "I'm Not Sure What I Want Anymore: In Regards to Dating (Online & in the Real World)") I would recommend OkCupid as the best, free, dating site to use in finding your match. (ESPECIALLY NOW! It's realistic, pragmatic, accessible, and pretty accurate in setting you up with good matches, it actually uses a legitimate algorithm to do so. You can learn more here: Inside OkCupid ) But I did go on a hiatus from the website after meeting many odd, strange, awkward, and perverse characters. But this happened on ALL of the sites/apps I used for dating, not just one, so don't be suspicious, alarmed or worried. (However, if you do choose to try online dating, proceed with caution and care, 'cause there are a lot of jerks out there, be warned.) 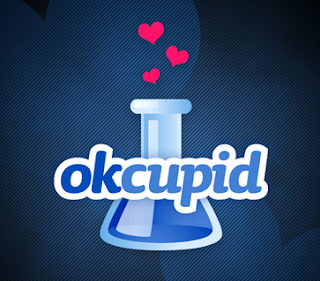 I changed my mind and decided to start using the site again after my friend Vanessa met someone. This inspired me, and so I reactivated my profile after 3 years of it being left behind and forgotten.

They say that you find what you're looking for when you least expect it, and perhaps my experience proves this. ;)

I went back on OkCupid with my hopes and expectations low, not really thinking I'd meet anyone, but they also say God works in mysterious ways.  .  .

Though I met a lot of weirdos and men from distant countries dying to marry me most likely for a greencard, I met Satchel after 1 week of being back on the site!

We accidentally found each other through the "Likes" portion of the site, similar to Tinder or "Hot or Not", he messaged me and things got going from there. We talked, and I mean A LOT. Practically sending whole essays to each other through the messaging feature. We ended up Skyping and then met in person to go on our first date. It was by far the best date I've ever been on. We connected so quickly and so strongly, we were bound to fall in love. And so we did. <3 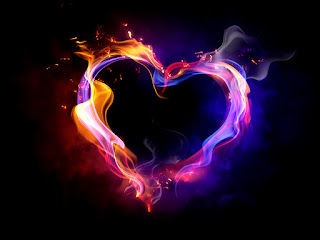 He enticed me, not only physically, romantically, emotionally, and spiritually, but intellectually as well! He was one of the first men I talked to online that spoke in FULL, logical, proper sentences! He was intelligent and it showed! He had actual statements to make and curious questions to ask in order to get to know me, and this is so RARE on a dating site nowadays, where all people want are quick, casual, hookups, so they don't bother to speak deeply or eloquently. They respond to you with one worded messages or incomplete sentences, often with atrocious spelling, no punctuation and many grammatical errors, sometimes to the point of being nonsensical. Being a writer and former English major, as you can already tell, these things are VERY important to me. It was nice to find someone who actually cared and represented himself with respect, integrity, and professionalism, even if this was only to start dating and not for a job interview. (You should ALWAYS conduct yourself in a professional, courteous manner, especially online!)

Not only all of this, but we could relate to each other on so many levels! We had similar experiences and could understand profound, intimate feelings we had felt and struggled with over time, which was so refreshing! (not to mention we had a lot in common, as I made clear earlier) 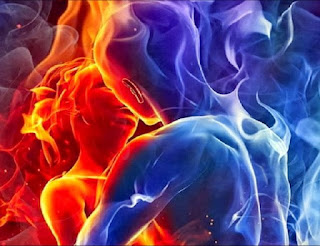 Upon meeting Satchel, I immediately recognized his name and thought we had met before, but he didn't remember, so I thought maybe it was someone else.

Much later on, and deeper into our relationship, I went back on OkCupid and did some digging.

While digging, I found this:

I read through all of the 119 messages and realized that it was him! The same exact person, just under a different account! And if you look at the dates, you'll see that we met initially in July 2012 and found each other AGAIN in July 2015, exactly 3 years later!!!

We just lost touch because he deleted that original account and I deactivated mine for the 3 years before I returned to find him again! As everyone has been telling me, it's meant to be!

I couldn't wipe the smile off of my face when I first found this information, and I couldn't wait to surprise Satchel with the news! We were both so amazed and it brought us even closer!

I remember just a couple of months prior, we were cuddling in bed, and I told him, "I think you're my soulmate." And he responded, "I am!" while flashing me the cutest, most adorable smile.

I know we are both young and still in the early stages of our romance, but he has been there for me through extremely tough times and I trust him with anything.

It's something I feel in my heart, I know in my mind, I sense running through my veins, I breath in and out, and I see within our happiness. We complete each other perfectly though we are both imperfect, we better ourselves by being together, we provide one another with what we lack, and we love each other in the ways most wanted, needed, and yearned for. 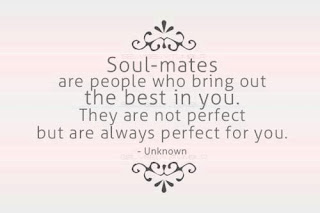 So, you're probably thinking and wondering, "Good for you! Now how do I find mine!?" Well, let me tell you.

I believe everything happens for a reason. The 6 years it took me to find "the one" weren't meant to make me suffer, they were necessary; they made me learn. I had to learn to love myself, because if I didn't, I would have never found anyone, or I would have kept attracting negative, toxic, and destructive people into my life over and over again in a never ending cycle of hurt and heartbreak because that is what I was projecting onto myself and into the world. Self-love is a lesson we must ALL learn, because like RuPaul says, (I've said it before and I'll say it again!) "If you don't love yourself, how in the hell are you gonna love somebody else?" (Can I get an Amen!? Halle-LOO!)

More elaborately put, this mantra is explored in Don Miguel Ruiz's powerful book, The Mastery of Love. An important point he emphasizes is that we do not obtain happiness from outside sources, but through ourselves and our ability to give and share our love with others.

How do you find your soulmate? My advice to you is truly learn to love, embrace, and accept yourself, flaws and all. (ESPECIALLY your flaws.) It's not something you can achieve overnight, and it doesn't just happen in a day. It's a continual process that's never-ending. Whatever you dislike about yourself, change. Perpetually improve yourself and learn to be content with, confident in, and proud of your talents, skills, appearance, qualities, personality, world perspective, identities, attitudes, emotions, thoughts, and livelihood!

And never lose hope! Another friend I know asked me, "Do you think I'll ever find love and get married, even at 63 years old?" I told her anything is possible, if she truly believes and works on loving herself.

When the time is right, love will find you. I know that now, and I want everyone to know it too!

I waited 6 (almost 7) long years, I had given up hope, grown tired, and I thought no one existed who could or would love me. But I was wrong, and when I realized that, I found a love I never imagined I'd ever have, but always dreamed of and prayed for. So let me be an example to you that it can, does, and will happen! 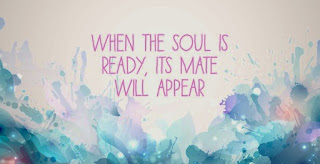 Now, it's half of a year into our relationship, making it the longest and healthiest relationship I've ever had in my life. I don't know what the future holds for us, but I have high hopes, and I am fulfilled knowing that he will be by my side. 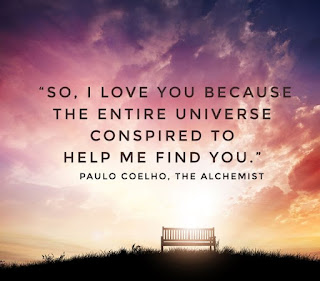 If you've taken anything away from reading this, I hope it's that you must keep the faith, continuously work at loving yourself, and, naturally, finding your soulmate will follow. Let me and my story be living proof of this. I am happier than I've ever been in my entire life, and I know it's because I learned this valuable lesson, and I hope you will too.