The Tables Have Turned

Because I've been single for the past 4 years, I've been trying on a new mindset. I'm learning to embrace what's within myself to find happiness and peace instead of always looking outside of myself, as our current society trains us to do. 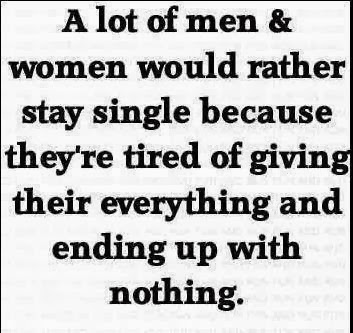 Even so, I can't deny the hopeless romantic that dwells within me and forever will. It's like a desire that isn't easily satiated.
Today, I was looking through the stories I work on and came across a scene I wrote that almost brought me to tears. Some of my middle school friends would know what I’m referring to when I say that I’m working on a Sci-Fi/Romance dealing with futuristic superheroes. It was inspired by the cartoon series “Legion of Superheroes” that I watched A LOT during the first year of high school. Because I didn’t have friends over often and was very lonely growing up, I tended to romanticize cartoon characters. (Which I WILL definitely get into later on) Anyways, this cartoon series struck me and I guess I’ve always, sort of, aspired to be a superhero. Coming from a tragic background, surviving despite the odds and then working to make the world a better place. These are my life goals. 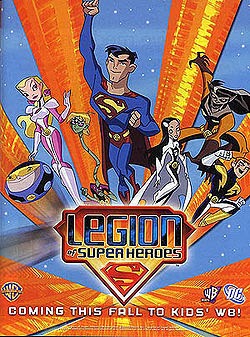 This particular story I’m working on centers around the two main characters Fuse Terrace (A.K.A. Fuchsia Focus) who had a horrific childhood but blossomed into an intellectual strategist, empath, and a telepath as well as Rean Linse (A.K.A. Hunter Hound), her beau, who was genetically mutated by his own evil genius father to possess the qualities of a wolverine and a fox. (Fuse, obviously, is modeled off of myself) In this specific excerpt, I have written about the tables turning. Fuse is known for her ability to read minds and dig deep into all of Rean’s hidden thoughts and secrets, but here, Rean ends up with a device made to read her thoughts for the first time. I think this part of the story really reflects the ways I think and picture a romantic relationship. I don’t even really remember writing this, especially since it’s from his point of view instead of hers, which is why I find it so poignant and shocking. I think it’s a piece from my imagination and fantasy world that’s rather beautiful and says a lot about me. You can decide for yourself:

*The Tables Have Turned
(Rean reading Fuse’s mind, in his words)

“You know very well what I’m talking about.”, she said with her eyes grimly squinting.

“Hunh! How long have you been reading my mind!?”

“No, Fuse, you don’t have to apologize to me. I’m the wrongdoer here. This was your God given ability. I had a device implanted, it’s different.”

“No, Rean. I’m really not mad at you. Just upset. I really wish you would have asked me to do this. I would have permitted you to! You know I don’t mind, really. I just would have liked to know beforehand. I’m frustrated that you didn’t think to tell me first.”

“I’m sorry, Fuse. I.  .  . I understand. I just, I guess I really wanted to see you the way you saw me and doing it unexpectedly would be the perfect opportunity to.”

I leaned in to kiss her and comfort her, to assure her that I didn’t do this out of spite, but simply out of curiosity. But I can understand the saying “Curiosity killed the cat” a lot better now.
Her mind is, incalculable. Every little action I made triggered so many feelings within her. The gravity was immense. Whenever I did so much as brush her hair with my fingers, I could sense how much it meant to her. Just a touch upon her cheek, a kiss upon her lips, a stroking of her neck or a gentle tapping on her collarbone gravitated through her. I can’t say her touch isn’t similar for me, but I didn’t know how much it meant to her. She would have the sweetest thoughts like “Oh, thank God for Rean being here with me.”, “This is the happiest I’ve felt in years.”, “I’m so calm with him.”, “I’m so free with him.”, “This is my everything. I’m so glad I survived for him. I live for him.” Her thoughts brought me to tears, at times, because they were so sincere. She really loves me, and I’m so blessed to have her love. I thought all I had to look forward to was a life full of more suffering and torment. But I am so gifted to have her, and I’m more than happy to know that she can feel the same way towards me. My little mind reading adventure really turned out to be a tremendous learning experience.
Besides her feelings of warmth, content, ease, and rest in my presence, there were many of fear, sorrow, angst and misery that she covered up and tried to hide, not from me, but from herself. I never knew she was so insecure! This explained so many things. It gave me reasons for why she covered up her left eye brow with her hair, why she looked down and put her hand over her cheek when anyone else complimented her after saying “Thank you.” Why she buried her face onto my chest whenever she was down or in need of my affection. But there weren’t only simple insecurities that she kept inside, but deep pigments of pain. She thought about how her step-mother threatened to kill her, or how she tried to runaway several times but could never find the strength to. Or how she stayed in placement for almost a year, not knowing when she would leave or where she would end up going. The poor thing was tortured for so long, she didn’t even have significant time to internalize these things until now, and she was just sorting them out for herself to understand. I may not be the smartest man, especially compared to someone like my own father or MAniac, or even Magnetic Maverick, but I can see what makes her tick now. And I’m very thankful for this insight, but also very aware, now, about what’s she’s been through, and I cherish her so much more.
I remember lying down with her, holding her down as she sobbed uncontrollably. She had just finished solving a case with the rest of the team and saving a little girl from a murderer on a tirade and it reminded her of how her step sister cut her forearm with a peri knife because she didn’t want to play with her. It sent shockwaves of frustration, resentment, and isolation throughout her frame and I lied there, holding her, wishing I could go back in time and prevent it from ever happening in the first place. These memories resided in her head and revealed themselves at times of their choosing like flashbacks in a movie. I can’t say it isn’t the same for me, at times. But a majority of my troubles are forgotten or gone, or at least, I don’t really ruminate, but she does, and not by choice. Her feelings turn inward, she blames herself for everything that goes wrong. I, on the other hand, I blame my aggressors and obtain so much anger towards them. She, however, only harnesses anger towards herself, which kills me inside to know. I paid careful attention to what my movements did to her, what put her at ease and what quelled her pain. It was the least that I could do. I held her in my arms, close to my body, her back against my chest. I placed one hand on her cheek to dry her tears, my lips on her neck to kiss a line along its curve and the other hand around her waist from underneath her side on the bed. I know that this always soothes her, no matter what grave state she may be in. Her breaths became much more coherent, now, and her thoughts less muddled. I changed the subject very gradually because I didn’t want to undermine her troubles, but I wanted to get her mind off of the hurt.

“You know, Fuse, I never knew that you could really love me, at least not the way that you do.”

She turned around to face me a little abruptly, slightly shocked by what I had just said. Still silently sobbing, she started, “Oh Rean.  .  .? How could you ever think such a thing?”

“It’s not that I doubted your love for me, Fuse. It’s that I just never thought anyone could be capable of loving me. Especially someone such as yourself. I know that you’re such a compassionate person, but I guess I just feel as though I’m not so deserving of your love, at times.”

She paused to study me and placed her right hand on my lower cheek, just above my jaw, very softly. “You should know, Rean. You should just always know.” She kissed me and left the moment there.
She is so kind. She’s always so kind to me. I don’t think I’ve ever known such kindness. Perhaps I once did from my mother, who is long gone now, of course. I never really got to know her, but I remember fragments of my childhood with her, and she was of a very kind and gentle nature herself. But every day, I thank the Lord or the forces of nature for delivering me this angel on earth. Fuse is my light, and that’s an amazing thing to witness and to have after years of living in the dark.

And as I write down and think about all of this, I can't help but replay the song Gravity by Sara Bareilles in the back of my mind: