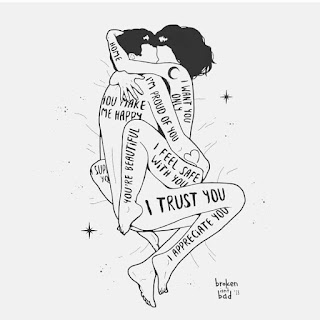 Welcome back to my blog!

So, if you've read my previous post, you might have seen that I was in a dark place at the time. Depressed, lonely, heartbroken, all because I was abandoned by a friend I fell in love with.

Well, he didn't speak to me for a whole 5 months, but finally reached out to me the day before New Years Eve.

He did apologize and explain his rationale for ghosting me, but this didn't save our friendship, it ended it, which was for the best.

But between then and now, something miraculous happened:

I found someone new, and fell in love again!

It all started in November. I decided to go clubbing with my childhood friend America. We hadn't been dancing in ages! We had been wanting to go for a while, but our schedules always clashed. :(

Alas, one weekend, she said she was free, so we immediately made plans to go out!

Before we went inside the nightclub, I made a disclaimer. I said that I would promise not to ditch her, (because I'm not a sh*t friend like that) but that I had been very lonely and depressed lately, and if I met someone, I wanted to dance dirty with them. I asked if she'd be okay with this, and she agreed she would. (She read my prior blog post too, so she knew what was up!)

Mind you, I didn't actually expect to meet anyone that night. My hopes were set low, and I just planned on enjoying dancing for a bit with my homegirl.

I saw this gorgeous, thick, cutie perusing the dance floor. He came with friends to celebrate a birthday, but he was dancing alone and caught my attention!

I immediately commented to America, "Who is that cutie dancing by himself?"

She replied, "I don't know, but maybe you should go dance with him!"

To which I comically retorted, "I don't know, I'm not sure if he's buying what I'm selling!"

I wasn't sure if he had noticed me or was into me, but I continued watching him for a few moments before I did what my brave self usually does and went over to him to make my move.

Next thing I know, we're dancing together, introducing ourselves, and it starts to get a little hot and heavy.

His hands move down to my waist, then to my hips, his lips on my neck, and we're just grinding in the club. It was like a scene from a 2000s Hip-Hop music video!

We exchanged numbers, said our farewells, and I rejoined America to go to Denny's and catch up until 4 in the morning!

Now, whenever you meet someone at a club, you don't expect it to go anywhere. I've exchanged my number to a few guys after meeting them on a dancefloor, and almost 99.99% of the time, you never hear from them again.

But this time was different. We had been texting each other all day! And we wanted to meet up for a real date!

I thought I wouldn't be able to see him for an entire week, but I happened to be free after catching a movie with my girl Haley that Saturday night, so I told him we should grab some ice cream.

We did, and we started dating right after that, and a couple of months later, we made it official! 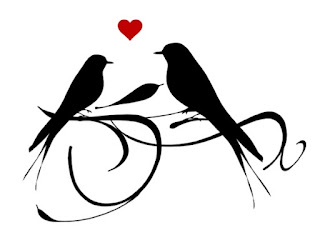 I love how life has magical moments like this. I remember my bestie Melina telling me, "Look how much has changed for you in the span of a year! You are with a new man, living in a new apartment, and I'm so happy you're in a relationship again!"

It's true. Soooo much has changed within a year. And I'm in a much better and happier place now.

I've managed to cut out all of the toxic people that remained in my life. And now, all that's left are the amazing ones. I'm surrounding by the best of friends who are so supportive and nurturing, and now I have a new man as the cherry on top. My life finally feels complete. (I told my therapist this before we ended treatment and she said she had goosebumps, she was so happy for me! It was very touching.)

My sweetheart is so warm. Unlike my past relationships and the many men I dated last year, he is so tender and affectionate. He holds me and kisses me every chance he gets, and this is always sure to make me melt. <3

He is so appreciative. If you've read some of my earlier posts from further back, you know my primary love languages are "Physical Touch" and "Words of Affirmation." I need to constantly be reassured and told how much someone cares and loves me. I want to know how much I mean to them. He always makes an effort to tell me how grateful he is to have me in his life. When he said he loved me for the first time a few weeks ago, I cried tears of joy, knowing that he truly meant it, and it was one of the happiest moments of my life. He pulled me in close and whispered in my ear, "You make me feel incredible," it was so sweet and profound.

He is so fun! Unlike a majority of the men I've been with, he's not afraid to make a fool of himself and play around! My exes were so flat, uptight, quiet, and robotic! Never able to let loose and have a good time! It's so refreshing to be with someone who knows how to laugh at themselves and not take life too seriously! (We can do Karaoke together! That's something I've NEVER been able to do with anyone I've dated!)

Though we're still in the early phases of our relationship and have only been together for a few months, I've already had some of the happiest moments of my life with him, and I'm looking forward to many more!

Not too long ago, my mentor and friend, Ariel, told me that once you meet the right person, you'll see how wrong everyone else you've been with was for you. And so far, this is ringing true. Every time I thank my man for treating me right, he always tells me, "This is how you've always deserved to be treated." 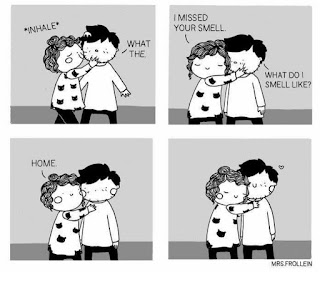 Thank you so much for reading. And have a Happy Valentine's Day! <3 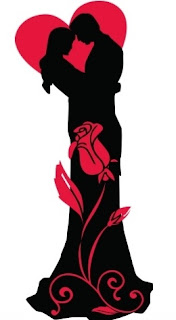