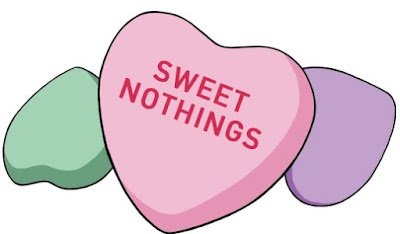 Does it really mean nothing to you?

After my break-up in January, I started getting closer with a good friend. He was there for me, and we hung out and talked often. I didn't intend to fall in love with him, but like Selena Gomez sings, "the heart wants what it wants."

The more time I spent with him, the better I got to know him, and the more I realized that he fulfilled all of the desires that my ex-boyfriend never did. We could go out to a bar to grab a drink, we could talk all night until the sunrise, and he wasn't afraid to go for a long drive or try something new.

In all honesty, I actually started developing feelings for him while I was still with my ex, because I saw how different he was, how much more kind and compassionate he was. But I would have never acted on these feelings because I loved my ex and would have never wanted to hurt him. (I am faithful to a fault.)

Next thing I know, my ex dumps me, and I find myself spending a magical Valentine's Day with this good friend, and many more nights together after that.

When we first started seeing each other, it was only out of fun, and neither of us were looking for anything serious. It ended up being a "Friends with Benefits" type situation, and we were both allowed to see other people.

I dated other men, but as you've probably read in my past posts, I had NO luck with any of them.

So we continued casually dating, and I ended up falling madly in love with him.

He had told me, several times, that he wasn't looking for a relationship. I respected this.

But I couldn't help the way I felt.

I put off telling him for sometime, because I knew me confessing my love for him would make him uncomfortable and push him away. Or at least I feared this.

Well, I was right, because shortly after I told him that I loved him, we stopped casually dating, and then he stopped talking to me.

Our non-official relationship lasted 6 months and ended in July, but we were still friends.

However, I often told him that I cared about him and missed him. Apparently, this was too much for him. I would sit in silence when I made such a comment, and the silence was deafening. It crushed me.

I knew that he couldn't return my sentiments. But I felt rejected and unwanted. I knew he didn't want commitment, but he could have at least said something when I told him I missed him instead of staying quiet.

It got to the point where in August, I texted him to let him know that I no longer felt comfortable hanging out in person, completely alone, with him. But I said I still wanted to remain friends, we could still hang out in group settings, and talk over the phone and through texts.

He never responded, and now, it's been over 3 months since I've last seen or heard from him.

I have sent him 12 text messages, called him 3 times, and left 3 Voicemails, but he will not respond to me.

My heart is completely broken.

I spent 2 weeks in August crying myself to sleep every single night over him.

I miss him each and every single day, and I have no idea why he isn't talking to me.

I can only hope that it's because he doesn't want to lead me on or hurt me. But ironically, he doesn't seem to understand that completely cutting me out and ghosting me hurts more than anything.

I know he's a good person, and I don't think he would ever intentionally hurt me. But I wish he would at least give me a reason why he decided to stop talking to me. I wish he would explain his reasoning, perhaps this would give me closure and help me move on.

But instead, there's nothing. Only silence. And I wish I could be angry with him or hate him, but I can't.

It makes me question every intimate moment we spent together.

On my previous birthday, he accompanied me and the rest of my friends to dinner, bought me a ton of drinks at the clubs and bars we hopped around, and made the night extra special.

One night, he had seen me after I left class, and offered me a ride home. He looked at me and told me that I seemed more pale than usual, and he was worried I was sick. I told him I felt fine. Sure enough, about 20 minutes later, I had a migraine headache, which was a good indication of food poisoning. I had eaten a lot of different foods that night, and I guess the mixture did not agree with me. He took me home, let me lie down, brought me some water and Ibuprofen, and massaged my head. I ran to the bathroom and threw up everything I ate. I went back to bed, and he held me close throughout the night. When I woke up, I was in his arms, and I felt so much better. I was so moved that he had been observing me and knew I was sick before I even knew myself. And no one had ever taken care of me that way.

On another occasion, he spent the night, and I woke up to him gently kissing the nape of my neck. It was the most pleasant and refreshing way I've ever woken up in my entire life. I thanked him and asked him if he had ever done this for any of his ex-girlfriends. He said he had, but none had ever seemed to care. It was one of the most pleasurable experiences of my life, and I cherish it dearly.

Once he came to see me after a particularly stressful day. I let him vent to me. After he got everything off of his chest, I thanked him for sharing with me. He glanced at me, closed his eyes, and nodded. It was so cute and innocent, it made my heart melt, so I gave him a kiss. Him being so vulnerable with me was so profound and made me fall even more in love with him.

There were many times when we first started dating that we would drive off to a secluded place late at night and make out for hours in his car. His kisses would send tingles from my scalp to the tips of my toes. I would run my fingers through his curls and gaze at his relaxed expression, taking it in, watching how much he enjoyed my touch. It was breathtaking.

There were countless moments we'd spend cuddling each other in bed. He would graze his fingertips on my sides, making me feel so calm and warm. He would sometimes bring me in close for a very tight hug. I could feel his muscles tensing and we would both tremble in one another's arms. I sent him the song "Powerful" by Major Lazer and Ellie Goulding, and he told me it reminded him of these strong embraces.

I miss the smallest, simplest things, like kissing his cheek after a fresh shave. His skin would be so smooth and soft underneath my lips.

Now, I sit here wondering why he won't talk to me, and pondering if these times meant anything to him.

Like Florence Welch sings in Calvin Harris's song "Sweet Nothing:"

You took my heart, and you held it in your mouthAnd,With the word, all my love came rushing outAnd,Every whisper, it's the worst,Emptied out by a single wordThere is a hollow in me now

And here I am, still thinking about him daily, wishing he would show up on my doorstep, and apologize, and tell me that he's ready to be with me.

I would drop everything to give him a chance. Though I'm busier than ever right now, I would MAKE time for him and sacrifice everything if he told me he wanted to be with me.

But he would have to earn back my trust. How would I know that he wouldn't leave again? How could I count on him?

I don't know, and it's probably silly and absurd that I even have these thoughts. But my heart aches for him. Even if I can't be with him romantically, I still valued his friendship, and its absence brings me so much sorrow.

For him: If you're reading this, please know that I'm not angry with you. I just miss you and want you back in my life. Please contact me.

I truly feel like he's the love of my life, the "one that got away," and I don't think I've ever cared about anyone else as deeply as I care about him.

But I guess it's better to have loved and lost than to have never loved at all. </3