So, there is a pressing issue at hand that has been around for years and I'm upset that it even still exists.

Before I start this post, I want to begin by saying that yes, everyone is entitled to their own opinion, and I think this is a great thing. It's necessary to keep the world going and ensure the cultivation of diversity.

However, I would like to pose these questions: if your opinion is misled by lies and false information, is it really valid or acceptable?  Shouldn't you educate yourself as necessary to form a new, appropriate opinion that is based on facts and not on fiction?

If you think my above questions make sense and are rational, then you'll understand the rest of the contents in this post. If not, then you'll probably get offended somehow by what I have to say.

Anti-feminists seem to be against Feminism and have hate towards it because they have all of these preconceived notions about it. But all of their assumptions are based on misinterpretations of what it's really about. They take everything we fight for as Feminists and twist it, turn it upside down, blow it out of proportion, distort it and then say that it's stupid and useless when that's just the opposite of what it really is.

What makes me shake my head the most is that these little anti-feminists like to blog about their false perceptions of Feminism on Tumblr and other social media websites when they don't even realize that THEY WOULDN'T EVEN BE ABLE TO WRITE AND VOICE THEIR OPINIONS IF IT WEREN'T FOR FEMINISM IN THE FIRST PLACE! How ironic is that! (*rolling my eyes*)

So, here, I take the liberty of nipping in the bud just a few of their myths about Feminism.

Myth #1: Feminism is Against Men

This argument seems to be used A LOT by anti-feminists trying to tear down Feminism, and it is absolutely not the case. Sure, the name and title itself, Feminism (or Womanism or Women's Studies), seems to be aimed towards solely women, but that's because it's a bit outdated. It originated during the women's suffrage movement, but it has changed drastically. Today, we are starting to use Humanism and Gender Studies more often to be more inclusive and show that we are not only supporting women, but MEN TOO! If you're truly a Feminist, you do NOT attack men or hate them. You embrace them and work to support them just as much as women. Feminism's main goal is to dismantle the evils associated with patriarchy and destroy all forms of oppression, not to put women on a pedestal and say they're "greater" or "mightier" than men. It's to make BOTH genders/sexes (and anything in between) EQUAL. Also, Feminism has evolved to include not only Gender, but all aspects of identity, including but not limited to race/ethnicity, class, religion, sexuality, ability, culture, language, appearance, etc. It is the basic notion that ALL humans should be treated equally regardless of their background or identities.

Again, this is NOT true. One of the main points of Feminism is to prove that women AREN'T victims. Sure, SOME (and the key word here is "SOME") women are victims of abuse, sexual assault/harassment, and other disadvantages, but so are MANY other people who don't necessarily identify as women. Feminism serves to prove that women can be autonomous, independent and agents of positive social change without depending upon men to live their lives.


Myth #3 Feminism is Against Women of Color

This is a more complex one. Like I stated earlier in Myth #1, Feminism is this seemingly radical idea that ALL people, regardless of identity/background, should be treated equally. Some believe that Feminism is mostly aimed toward White, upper-class, heterosexual women and excludes women and people of minority groups and lower socio-economic standings. This is NOT true. Feminism originated during the 1920s women's suffrage movement, meaning that women were trying to get the right to vote. Yes, you have the right to vote now as a woman BECAUSE of this movement. Yes, it was initially started by predominantly White, heterosexual women, but there were later waves of Feminism. The origin is considered 1st Wave Feminism. The 1960s-70s sparked the 2nd wave of Feminism where women of color and lower classes let their voices be heard. If you think that Feminism only supports White women, think again! Look at all of the women of color (and some who were even queer) who were the pioneers of 2nd wave Feminism, like Gloria E. Anzaldúa, Audre Lorde, Angela Davis, bell hooks (no, this is not a typo, she spells her name in all lower case letters), Kate Bornstein, etc. Heck, one White, female author, Peggy McIntosh, wrote an entire essay on the privilege that White women/people have and highlighted the necessity of acknowledging it for heaven's sake! The 3rd wave of Feminism is considered to be our modern time with the implementation of technology, social network activism, and grass-roots organizing done online, making it more accessible for the masses. So Feminism is for EVERYONE! Not just one group of women!


Myth #4 Feminism is No Longer Necessary

This one makes me laugh! I wish it were a reality, but it's not. So many people choose to turn a blind eye to all of the inequality we still have around today and pretend that it doesn't exist, but these actions are ignorant and inconsiderate. If Feminism is no longer needed, why do we still have war? Why is there still gay bashing, homophobia and transphobia? Why is there still discrimination? Why is there still a glass ceiling? Why are boys still taught to be tough, stern, aggressive and scolded when they show any other feeling besides anger? Why are girls still taught to be passive, emotional, empathetic, accepting, and subservient and scoffed at for being assertive or strong? Why are there double standards between women's and men's expression of sexuality? Why is rape culture still causing victims to be blamed for their own assaults? Why is there still racism and xenophobia in our own country? (Like Donald Trump's horrendous views on Mexicans and Muslims!) These are just a few of the problems that Feminism seeks to fix, which is why it is STILL greatly needed.

Feminism is your friend, not your foe.


(^^^Awesome video by Buzzfeed about who identifies as a Feminist and why you should too!^^^) 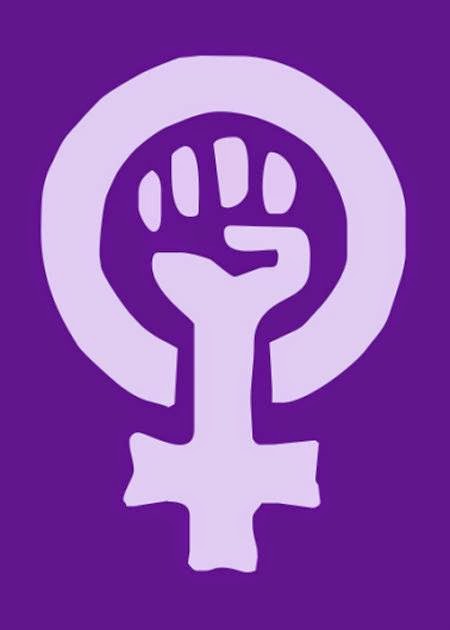