Gosh, it has been FAR too long. (SMH)

I'm BACK! And ready to attack!

(Okay, that was cheesy, but don't mind me, I'm just excited to be writing again.)

Sorry I disappeared into the black abyss. I was busy as HEEEELLLL with summer training for my Resident Assistant Position, studying for the GRE, applying for Graduate School, acing Fall quarter (All A's baby!), being sick with Bronchitis (for over 2 motha' f*ckin' weeks!) and catching up with friends and fam over the holidays, and being sick again for another week. (and I learned a lot more about myself as you will see in this post.)

But I've FINALLY gotten a chance to sit the hell down and write about what's on my mind. And here's what is:

Do you ever find yourself in situations where you don't really have a strong, gut feeling about what you want to do? You have to make a hard decision but you don't know which option to choose? You get so desperate that you ask God for a sign?

Well, I was just in this same predicament myself. Here's what happened:

So, the day before New Years Eve, my beloved Auntie Robin and I were driving to LAX to pick up my GBF Cuahuctemoc who flew in from Berkeley. On our way there, we were in slight traffic on the freeway, so we had over an hour to just hash things out in a good 'ole fashioned conversation.

We had a confessional heart-to-heart where we discussed the men in our lives who hurt us. I mentioned a certain someone who was a long time family friend and a severe alcoholic and happened to steal my heart and then crush it by literally ditching me more than once. Yes, I mean literally. He brought me to the movie theaters and to a restaurant (two separate occasions) just to leave me there, by myself, stranded without him! He didn't answer his phone (cause he didn't have it on him or was just absent minded) when I called him over 20 times and he made me feel humiliated and abandoned.

And all of this was AFTER he promised to get his life together and informed me of his goals to become a better person for me and for himself and he said he could see a future with me and him where we'd have a family and be happy. His admiration for me caught me off guard, I was so oblivious to his feelings for me all along. He swooned me in one romantic night we spent together. He held me and made me feel so safe and secure.  .  .  He said so many kind words to me, showered me with so many compliments that warmed my heart and left me flattered, .  .  . He kissed me with his lips so softly and made me melt into putty in his arms.  .  .

But I guess I was gullible and naive to ever trust or believe in what he had to say to me, because he went back on all of his words. We could never be a functional, healthy couple, because he couldn't even function as my friend! He would run off to get high or drunk and leave me alone to wait on his return and babysit him when he came back. And during this time he even sexually harassed me. This man couldn't keep the promises he made to me because he couldn't even keep the promises he made to himself.

So after being betrayed and lied to multiple times, I made the vital decision to never talk to him again, and I stuck with it. But my Aunt Robin and I were reminiscing over our heart break and I confessed that even though it's quite easy for me to detach from people and never have the need, want, or intention to talk to them ever again after they have hurt me, he was different. He's one of the only people I've shunned who I still think about and care for and worry about and sometimes there's still a small, minuscule, teeny-tiny portion of me that wants to call him to see how he's doing. But I know it isn't worth it.

Well, things got really creepy. Right after my Aunt Robin and I had this deep conversation, the following day, New Years Eve morning, I get a loooong message from my cousin Dawn. She tells me that this certain someone has messaged her on Facebook regarding me. He is in a rehabilitation program all the way on the other side of the country and undergoing a possible 12 step program to recover. She assumes he must be on step 9, "to make amends," and that he has been given a computer privilege to apologize to all of those who he has hurt. And apparently I was significant enough on his list for him to contact my cousin and tell her in detail all of the things he's sorry for putting me through. How nice.  .  .

He leaves her with two phone numbers for me to reach him with, and my cousin just wanted to be the messenger, unbiased and non-partial, which she was very good at.

Of course, I decide right away that I'm ignoring his request. I'm not gonna call him. F*ck him! And at first I was settled strongly with this decision. But then I thought about it for a while.

The next few days I completely forgot that it happened. It struck me as creepy because it was out of the blue, but it was out of sight and out of mind at the time. But during the duration of the rest of this week, little tiny reminders would pop into my head and make me debate whether I was making the right choice or not. And I wondered and pondered.  .  .

I was with a friend and fellow RA on our usual Sex and the City binge and we happened to be on the last season. (if you watch the show and know me well enough, then all identities will be revealed. I'm already giving too much info away) Coincidentally, in the last season, she is dating a guy who is the EXACT same ethnicity as my certain someone. And the actor who plays this character has the EXACT same first name as my certain someone too. Odd, right!?

So I watch the show. I see how this character treats Carrie Bradshaw, (the main character) and I think to myself, "Damn, maybe I should call him."  And then I pray to God: "God, please give me another sign! I need to know the right thing to do!"

I continue watching. Well, in the show, this relationship doesn't work out. It fizzles. At first, it's a romantic and fantastical journey and they seem so in love and like he's the one and everything is right and it falls into place only to later dissolve. They're not meant to be together.

She finds that in her heart, she's still in love with another man. And the life she's living with this new fellow just isn't for her. At a certain point in the season, she loses her "Carrie" necklace. It's a personalized piece of jewelry that isn't worth much, but it means the world to her and cannot be replaced. She, essentially, loses herself. She misses her best friends and the life she made for herself back in New York. She's terrified, disappointed and abandoned. 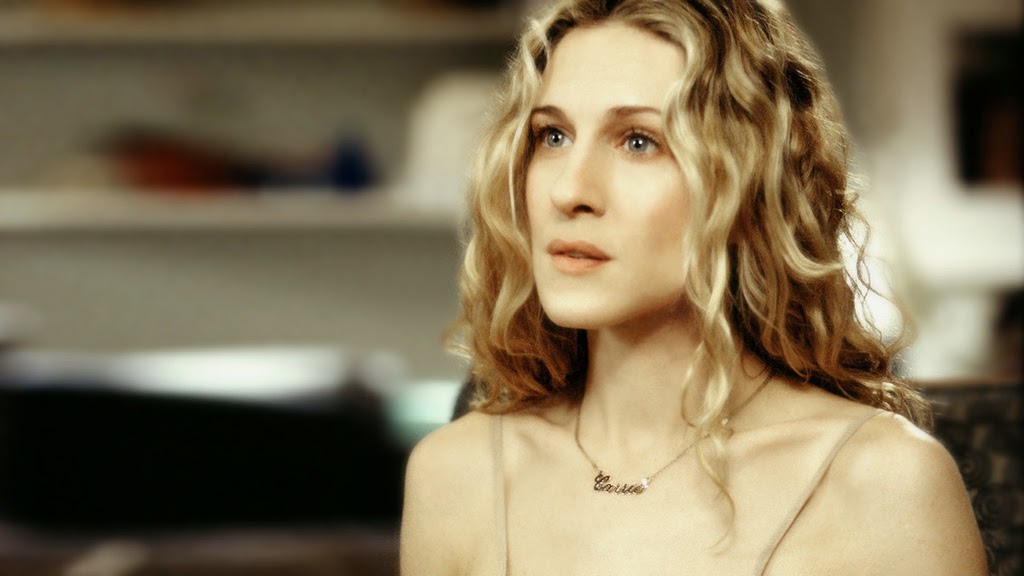 But in the series finale, she finds her "Carrie" necklace and is overwhelmed with tears of joy, and the show ends with her going back home to reunite with her best friends and take back what's rightfully hers. 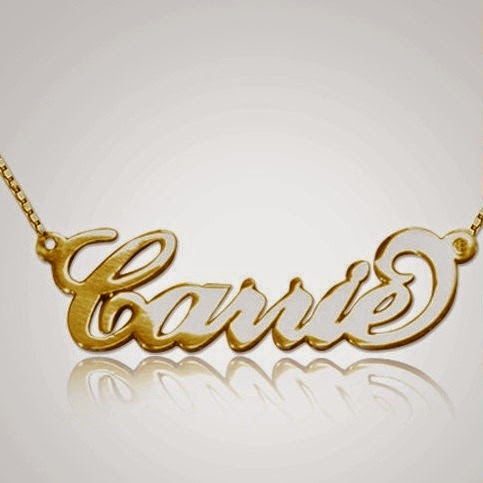 It's funny, cause earlier that day, I was talking to my friend Vanessa, and I told her how I always wanted the "Open Heart Pendant" from Kay Jewelers but that I would never buy it for myself because that seems pathetic. It's designed by the actress Jane Seymour and it's supposed to represent opening your heart and your willingness to find love and let it in. Growing up and seeing it in the commercials on TV as a child has always led me to want one for myself since I think it's so sweet and sentimental, but I would feel silly purchasing something like that for myself. 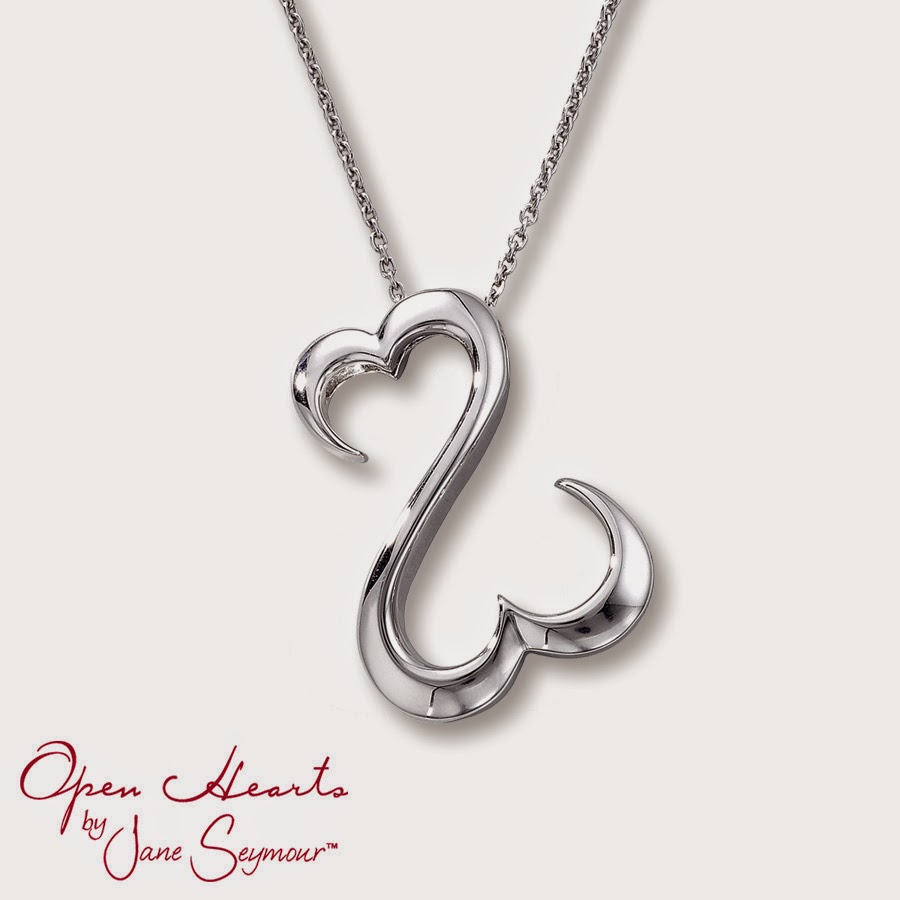 And last month, me and my best friend Edith were joking about wanting a "make out session" for Christmas as our only present, so I played around on apps like Whisper and Tinder trying to find a cuddle buddy only to find an awkward 35 year old man who I was NOT attracted to at all in any way, shape, or form and a bunch of requests for unsolicited sex. It was a major reality check.

But watching this last season of Sex and the City opened my eyes to what was really right. Carrie lost her necklace in foreign land with this man who claimed to really love her but didn't even know how to. She was living a life that wasn't hers, it was his, and it was all wrong. But she left, and she found herself again and returned home to her friends, to her work, to her life, to the place where she truly belonged.

This is exactly what I needed.

It was right for me to not call him. Why should I go crazy trying to find "Mr. Right" when I'm perfectly content the way things are? I love my alone time and being free and spending time with my friends and family.  That's what matters most to me.

Society constructs us to constantly look to others for validation when we should really be validating ourselves.

I shouldn't waste time looking to find a certain someone. I should be trying to find myself.

In the famous last words that Ru Paul says at the end of every episode of Ru Paul's Drag Race, "If you can't love yourself, how in the hell are you gonna love somebody else?!"

So I ordered a personalized "Sky" necklace as my own keepsake.

And to top it all off, I went on Facebook to find that one of my friends, Ashlie, had written the most insightful post:

When something repeats itself in life, perhaps that's something telling you to take another look at that situation and reevaluate how you handled it the first time. Feeling some type of way right now. All in all I feel as if this time I'm making the right choice for me.

What better signs could I have asked for?