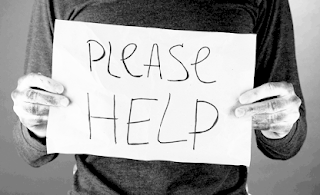 A random act of kindness; one of life's mysterious, beautiful, & meaningful moments.

I had an interesting, strange, & profound moment at Union Station the other day. As I was waiting to board the Red Line train in Downtown LA, I thought very briefly about launching myself off of the edge of the platform & being killed by the impact of the train. I wasn't feeling sad at all. I had just finished class & was relieved to have gotten through the week. But the thought came to me in a split second. A daydream about ending it all. The thought scared me. It scared me to feel that way. To want to off myself even though seemingly nothing was wrong. I shook my head & pondered, "It's probably just because I'm very tired." I've felt tired of life often. 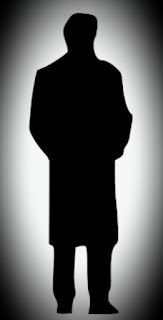 I caught the train to Union Station, & as I arrived, a man kindly approached me. His skin was of a bronze complexion, he may have been Latino or Asian, I'm not quite sure. He was dressed in a black coat and looked a bit disoriented. He came up to me & asked "Excuse me, you speak English, right?" I nodded & verbalized "Yes." He proceeded, "Can you help me?" I obliged. He held a discharge sheet in his hand & explained to me how he had just been released from a mental hospital. He had since taken his psychotropic medication on an empty stomach & was starting to feel the side effects kick in. He appeared uneasy. I offered to buy him a small snack. Happily, he said he would like that. I walked him over to the small convenience store, letting him know that I could only spare a few dollars. He said that would be fine. I watched as he hurriedly grabbed 2 small bags of Famous Amos cookies & a Vitamin Water, trying very considerately to not take up much of my time, & politely apologizing for the inconvenience. I told him not to worry. We waited in line for the cashier, & I paid for the items on my credit card. $5 and a few cents. We walked out together and he thanked me & told me how much he appreciated my help. I told him that he asked the right person. I shared with him that I, too, have been in a mental hospital. He asserted, "Ah, then you know how it is." I told him "Yes" & shared with him my diagnosis. I told him that I then went on to work in a psychiatric ward for a year, & am now pursuing my doctorate. He thanked me again & told me to have "a blessed evening." I told him to do the same, & we said our goodbyes.

I cried immediately after the exchange, and for several minutes during my ride on the Gold Line train home. I thought about how good it felt to help him, to have the capability and privilege to spare a few dollars for a small snack that could reduce some of his discomfort. I thought about how good it felt to be able to help someone, but I also thought. . . If I had killed myself just minutes earlier, I wouldn't have been there to help him. And again, this thought scared me.

This interaction caused me to re-evaluate my existence for a moment. I truly do believe my purpose on this earth is to help others in the ways I've learned to help myself. I truly believe that is why God created me. And it's my reason for being.

It gave me the opportunity to look at how far I've come. I've been through so much. Only a few years ago, I was in that man's shoes. Feeling uneasy, alone, disoriented and in need. And now, I'm accomplishing great feats.

But when taking a step back from this experience, I now see.  .  . I don't think I helped that man as much as he helped me.

Thank you for reading. <3